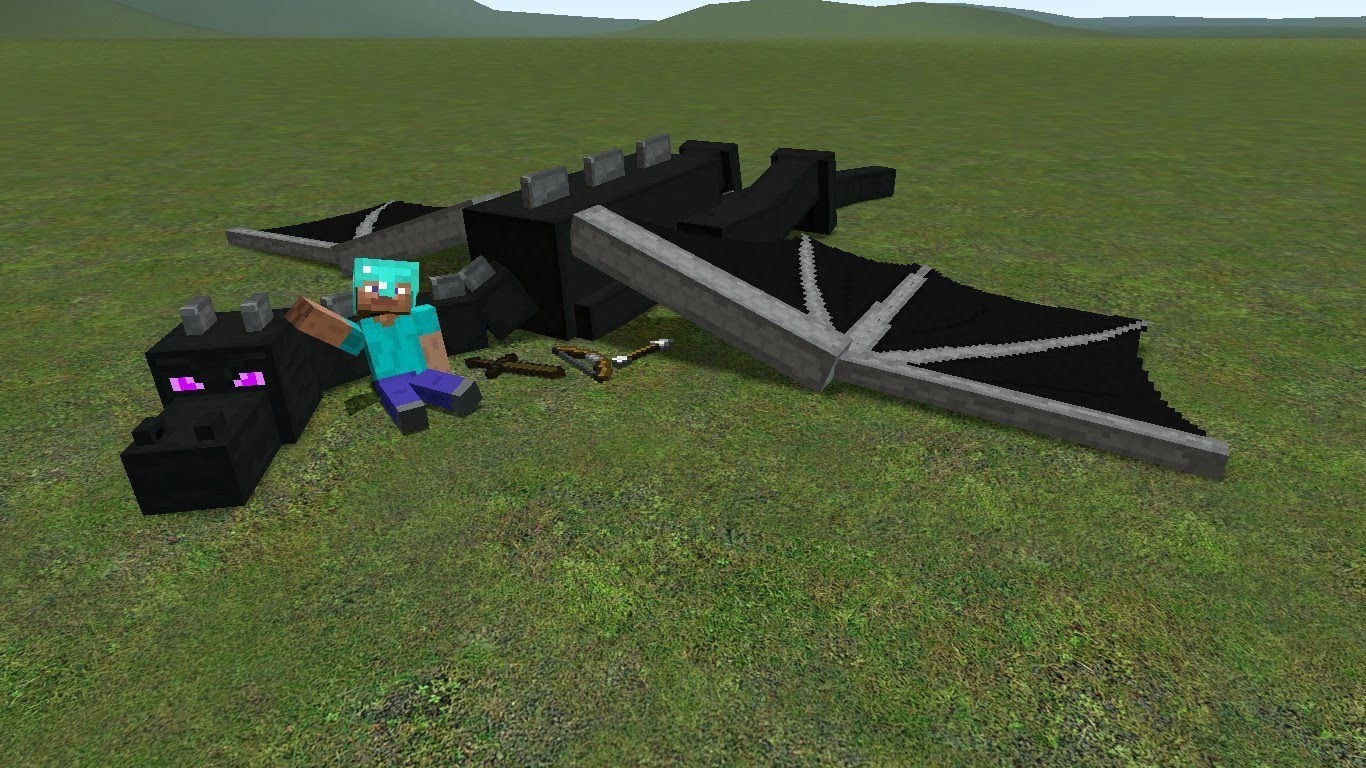 What sort of ender dragon changes? According to Dinnerbone, Mojang wants to rework the ender dragon fight to be more in line with the console version of Minecraft, plus some extra, secret goodies Dinnerbone has not yet revealed...

Already killed the dragon in your world? Not a problem! With 1.9, the dragon will be killable again, though it will not reset your End, so no worries there. 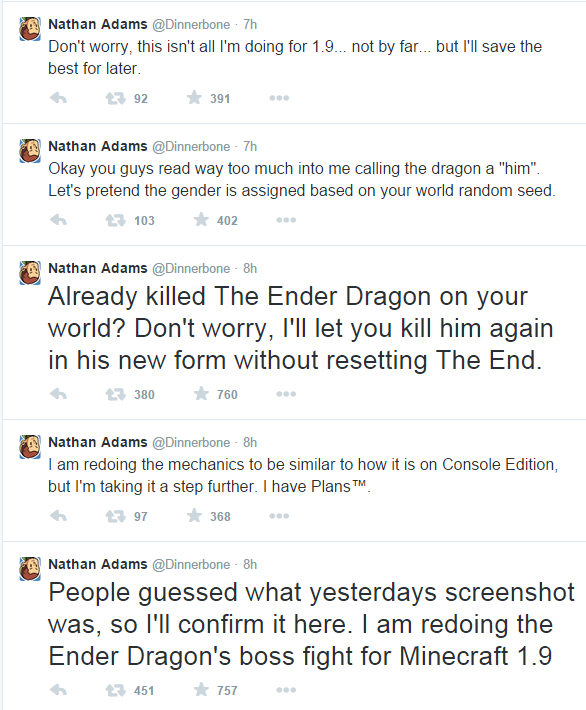 The End is near! ...well okay, it's already here, but it's improving soon!

As to Minecon, there was a bit of a stir when, last year, instead of Minecon, there was an announcement for Microsoft's buyout of Mojang. To those worried about Minecon being gone forever, worry no more! News is on the horizon, it's positive, and it's coming soon. Keep your eyes peeled!